"Oh, no; since it is in employment which depends only on me to give, and you to accept."

He again paused: there seemed a reluctance to continue.

I grew impatient: a restless movement or two,

and an eager and exacting glance fastened on his face,

conveyed the feeling to him as effectually as words could have done, and with less trouble.

"let me frankly tell you, I have nothing eligible or profitable to suggest.

Before I explain, recall, if you please, my notice, clearly given,

that if I helped you, it must be as the blind man would help the lame. 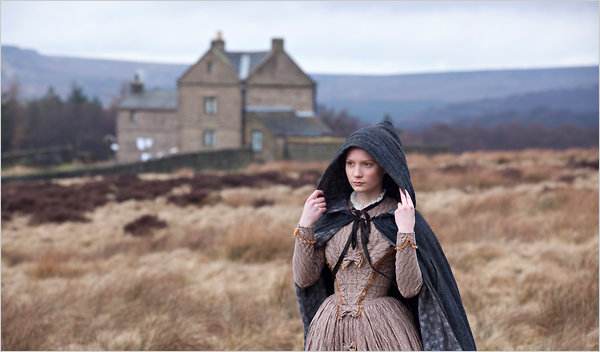 I am poor; for I find that, when I have paid my father's debts,

all the patrimony remaining to me will be this crumbling grange,

the row of scathed firs behind, and the patch of moorish soil, with the yew-trees and holly-bushes in front.

I am obscure: Rivers is an old name;

but of the three sole descendants of the race,

and the third considers himself an alien from his native country -- not only for life, but in death.

Yes, and deems, and is bound to deem, himself honoured by the lot,

and aspires but after the day when the cross of separation from fleshly ties shall be laid on his shoulders,

and when the Head of that church-militant of whose humblest members he is one,