Hello, this is Daniel Iovanescu with the BBC News.

A somber President Trump has told Americans they are in the midst of a great national trial, unlike any the United States has faced before. He said a rough two-week period lay ahead as the coronavirus pandemic spread and peaked. New figures show that the number of deaths in the US has now passed 4000. Barbara Plett-Usher reports.

President Trump had already announced the need to significantly extend social distancing guidelines beyond the two weeks just completed, saying people would need to stay at home as much as they possibly could for another month. Now, at the White House briefing, he turned the microphone over to his medical experts to help him persuade Americans to comply. They explained that the aim was to bring down the number of new cases in the hot spots, especially New York, and prevent runaway outbreaks in other states. But even with strict measures, the White House is projecting that between 100000 and 240000 Americans will die of the coronavirus pandemic.

The Brazilian President Jair Bolsonaro has given another television address in which he gave precedence to protecting jobs and shoring up the economy during the coronavirus epidemic. In a much more measured tone than previous addresses, President Bolsonaro said he wanted to make sure Brazilians could work during the crisis. He has consistently played down the severity of the pandemic and criticized other political leaders for taking drastic measures, like school and business closures. 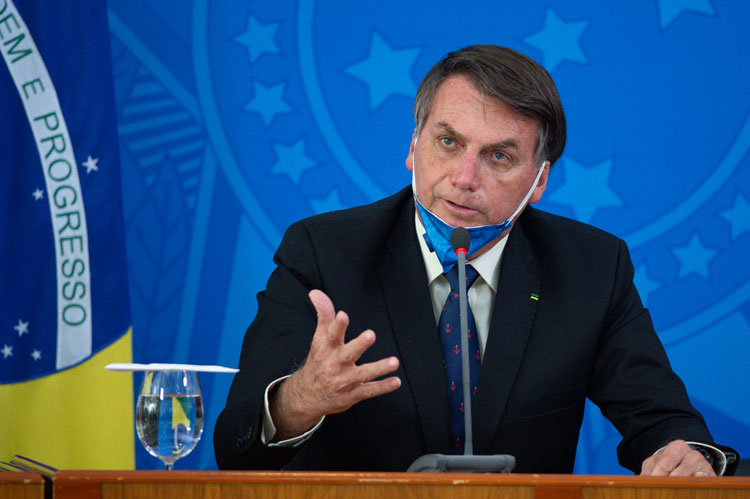 Around 4000 South Koreans working with the US forces that are stationed in their country have been put on unpaid leave. It comes as Washington and Seoul failed to agree to funding for the troops. Celia Hatton reports.

Donald Trump originally demanded that Seoul pay $5 billion a year as part of the cost of keeping more than 28000 US troops in South Korea. That would have been five times what South Korea contributes now. Talks between the two sides have continued since December. South Korean negotiators said the two countries were close to an agreement and expressed regret that Washington ordered the South Korean military workers to take unpaid leave. The Americans have stationed a large number of troops in South Korea for seven decades since the Korean War. Both have an interest in the troops continued presence in the region near China and North Korea.

Amnesty International says it has evidence that civilians have been killed in recent US drone strikes in Somalia. The rights group said an 18-year-old woman and an older man were killed in two separate strikes which injured three other people. The US has described the victims as members of the Islamic group Al-Shabaab, but Amnesty said satellite and video evidence and local testimony disprove this. The Americans have increased the number of air strikes against Al-Shabaab since Donald Trump took office.

World news from the BBC.